Later the manufacturer's names were no longer allowed in clear on the products. Every manufactutrer got a "Herstellercode". NSU got the code "auq". Aluminium was in short supply and so they tried to use up the stock of version 1 data plates. So they cut off the upper part with the clear NSU name on it and stamped the code "auq" on the data field for the production year: 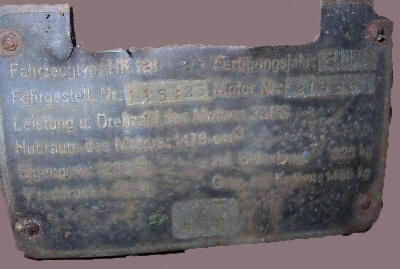 When the stock of old data plates was used up, they got new data plates with a plain data field for the manufacturer on top and stamped the "auq" code into it: 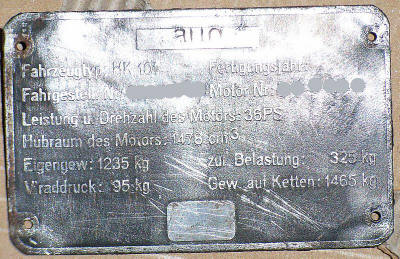 In contrast to the data plates version 1, 2 and below, I'm not absolutely sure if this picture really shows an original data plate.

On vehicles from post war production, the "auq" code was no longer used and on the data field for the manufacturer "NSU" was stamped again in clear. These vehicles no longer had the approval stamp from the Heereswaffenamt. 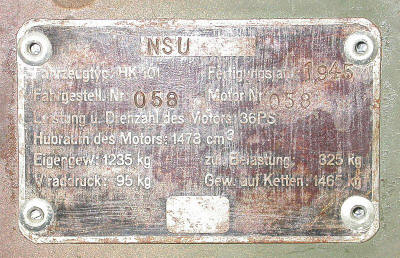 This last data plate is part of the Kettenkrad with the chassis number 058. It is built in 1945 but autumn 1945 and so from post war production. The vehicle is on display at the Panzermuseum at Munster, Germany.